There are many great sites where you can connect with other people and share what you love. On these sites you get access to a platform, an audience, and you can learn from one another a great deal.  One of the things you can share is your passion, and for many, that is music.

Connecting with People on Platforms

Teaching on these platforms means you can demonstrate how different songs share similar traits even if they are from different genres. “Showcase” by Dean Crouch is a reflection of Irish Traditional Folk Music. With his experience on the accordion, piano, and keyboard, he has brought excellent musicality to the work he produces, offering a wide range of grade speeds in his work. He specializes in heavy jigs, slip jigs, hornpipe, reel, light jigs, primary heavy jigs, and single jig.

Most of the music that this musician produces follows the Traditional Irish music that originated out of the 18th century from Gaelic speaking peasant areas.

Fundamental to Irish folk music is the combination of techniques associated with the central rhythm aesthetic of style. This emphasis is the result of increasing volume for individual notes within the patterns, which are intrinsic to the tune type. The duration and emphasis in this sense are fundamental to the traditional dance music that this musician continues today. In this piece the musician elongates the rhythmical values of certain notes, of course at the expense of the remaining notes, but a quaver based movement which is typically referred to as “motor rhythm”, something popular among Irish traditional dance music.

“Eu So Quero Um Xodo” by Dominguinhos is a prime example of Brazilian Northwestern music, which is very similar to folk music of Ireland. While there are elements of this style incorporated, this song comes from the Northeastern area of Brazil and is categorized by the musical genre of “Nordestino”, originating from the state of Pernambuco. The capital of this state is Recife from which many unique rhythms including maracuta, forro, and baião have come. The baião musical style used here is often confused with forro, and many would argue that forro is a very fast version of baião, but baião was a folkloric circle dance which originated from the northeastern area whose original instrumentation was the guitar, triangle, and zabumba bass drum. The binary form became a steadier 2/4 after the 1940’s and this resulted in its transformation as a dance style.

In this area there exists a brush land region called Sertao which is home to cowboys and cattle, and Lampiao was the most famous figure to emerge from this time during the 1920’s and 1930’s. This song mimics the most popular style of music played in Sertao. The songwriter and accordionist was a member of an orchestra which specialized in arranging traditional Nordestino music. The rhythm of this arrangement is baiao which brings with it a staggered bass line, something which is a crucial differentiating factor between bossa and samba where the thumb would remain on the beat and the fingers would syncopate.

When you are done sharing on a platform, or just need time to edit your work before you publish it to the online audience, you can switch screens and play your favorite casino games. With online games you have a lot of flexibility here. You can, for example, write a piece for your sharing platform online, take a break and play a game. Then you can pause or stop your play, go back to editing, only to return to the same games/levels you were on before. Everything in your account stays the same so you can pick up points and winnings no matter if you play for 5 minutes or 50 minutes at a time. The top gambling sites endorsed at gamblersbet.com allow this level of flexibility from one device to another. This means you can switch from your computer to your phone, still accessing the same account, picking up where you left off. 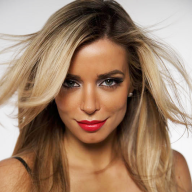 This error message is only visible to WordPress admins


Error: API requests are being delayed for this account. New posts will not be retrieved.

Make sure this account has posts available on instagram.com.

Error: admin-ajax.php test was not successful. Some features may not be available.

Please visit this page to troubleshoot.