http://dynamotaxi.com/?x=Where-Can-I-Buy-Xanax-Forum I was named an executive committee member of IFFHS

http://bisnisbajumu.com/tag/daster-bali After many years of collaboration with the IFFHS (International Federation of Football History and Statistics) following the passion I have for football, I am happy I was named an executive committee member of IFFHS, becoming the first woman in the history of IFFHS for this position. I’m looking forward to achieving great results together! 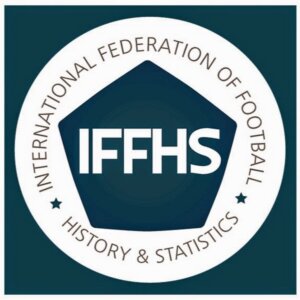 Xanax For Dogs Online I really enjoyed interviewing again one of the biggest football legends, ex Ballon D’Or, who nowadays is a very successful businessman, Luis Figo. This interesting interview, where Figo opened up about his career, personality and private life, was broadcasted at Nova TV in Croatia.

Xanax Prices Online It’s always a big pleasure to interview one of the best tennis players in history and a true example of an outstanding human being and athlete, Novak Đokovic. The interview was brodcasted on national television in Croatia, Nova TV.

Recently I had an opportunity to host three TV shows filmed in my beautiful country Croatia, in cities Zagreb and Dubrovnik, that were broadcast nationally in Spain and Latin America. The first part was filmed in Zagreb for a show ‘De compras en Zagreb’ and was aired at Canal Decasa in Spain and Mas Chic in Latin America.

I was extremely happy that I was able to spend a couple of days in stunning Dubrovnik, one of the most beautiful cities in the world, to film a program ‘De compras en Dubrovnik’ for a media company AMC Networks.

TV Host of the football show ‘The game of your life’

http://orientafricatravel.com/wp-cron.php?doing_wp_cron=1580919781.2240591049194335937500 I am very happy that I had the opportunity to be the presenter of the first season of the great football project ‘The game of your life’ (Utakmica života), where we have chosen the best young football player in Croatia. During this program that has been broadcast live every day, I had the opportunity to interview many iconic football players from Croatia who were invited in our TV studio.

In February, 2016 I was very fortunate to be accepted by Arianna Huffington to be a contributor blogger to The Huffington Post, an American online news aggregator and blog offering original content about politics, entertainment, style, world news, technology, lifestyle and comedy.

http://learnwithojo.com/coding-essential-skills-benefits Click The Huffington Post logo to read my articles about my passions: Education, Spirituality, Work and Healthy Lifestyle.

As my life moto is ‘Break your own limits’ and I always say that real pleasure comes outside of your comfort zone, when I first tried Cross Fit I fell in love with it, as it expresses my moto perfectly. As a fitness addict, this strength and conditioning workout program has become my daily routine. I wanted to share this amazing experience with all of you so I’ve made this awesome TV program about CrossFit to show you what it’s about and how it changed my life. Hope you’ll like it and perhaps even try it:)

In my latest article for Huffington Post, I wrote about confronting your fears and becoming unstoppable. Our biggest fears always carry our biggest growth but a lot of times we are blocked and scared to face the fear so we become ‘stuck’ in life. If you feel you can’t reach your dreams and life you always wanted to live, I recommend you to take the first step and read this article.

http://tamaralounge.com/apple-touch-icon-precomposed.png Recently I had an opportunity to have an exclusive interview  with Kataluna Enruiquez, who was crowned with title Transgender Beauty Queen of USA. This incredible story about a young boy who was bullied, depressed and discriminated for not knowing why he doesn’t identify with the gender that he was born with, will leave you speechless.

Alprazolam Uk Buy In my latest article for The Huffington Post I wrote about how to be free and live your dream. Freedom comes from setting yourself free and becoming the best version of yourself to enjoy everything life has to offer you. Don’t wait for tomorrow because you’ll never get today back! There is one quote that I want to share with you that describes my motivation for this article: “Someone once told me the definition of hell; on your last day on earth, the person you could have become will meet the person you became.”

Cheap Xanax From India Recently I had an opportunity to have an exclusive interview  with Natascha Kampusch, the Austrian girl who was kidnapped when she was 10 years old and then held in a cellar where she was tortured, abused and raped for more than 8 years until she escaped. The interview was broadcasted on Spain on SinFiltros and Be mad channel of Mediaset Spain.

When American businessman Donald Trump was elected to become 45th President of the United States and by that one of the most powerful people in the world, a lot of people around the world were definitely surprised. His wife, America’s First Lady, Melania Trump, became over the night, the most powerful person in the history of Slovenia, her home country. Just before President Trump was elected, because of the huge interes of the public who wanted to know everything about his wife, I went to visit her home country Slovenia, to speak with her old friends that we could find out everything about her roots. Don’t miss out this interesting TV Story about Melania Trump.

In this honest interview, Andre Agassi revealed how he liked his first visit to Croatia, what was the hardest thing to achieve throughout his career, why did he decide to reveal all the truth about his true feelings towards tennis and drug use in his book ‘Open’ and what advice would he give to his younger self.

Juan Carlos Ferrero won the Konzum Crotia Open tournament in 2010 and this year he came back for an exhibition match with Andre Agassi and Goran Ivanišević. I got the chance to talk to him and ask him some interesting questions.

I was a guest speaker at the C.E.O. conference, hosted at the University of Economics in Zagreb, Croatia. I, among other successful Croatian
entrepreneurs, motivated students with my story sharing my advice, skills
and personal development, which has led to my success as a journalist.

My ‘best of’ compilation video

On the right is a compilation video of my best interviews.
It features many celebrities, lots of laughter and wonderful
experiences.